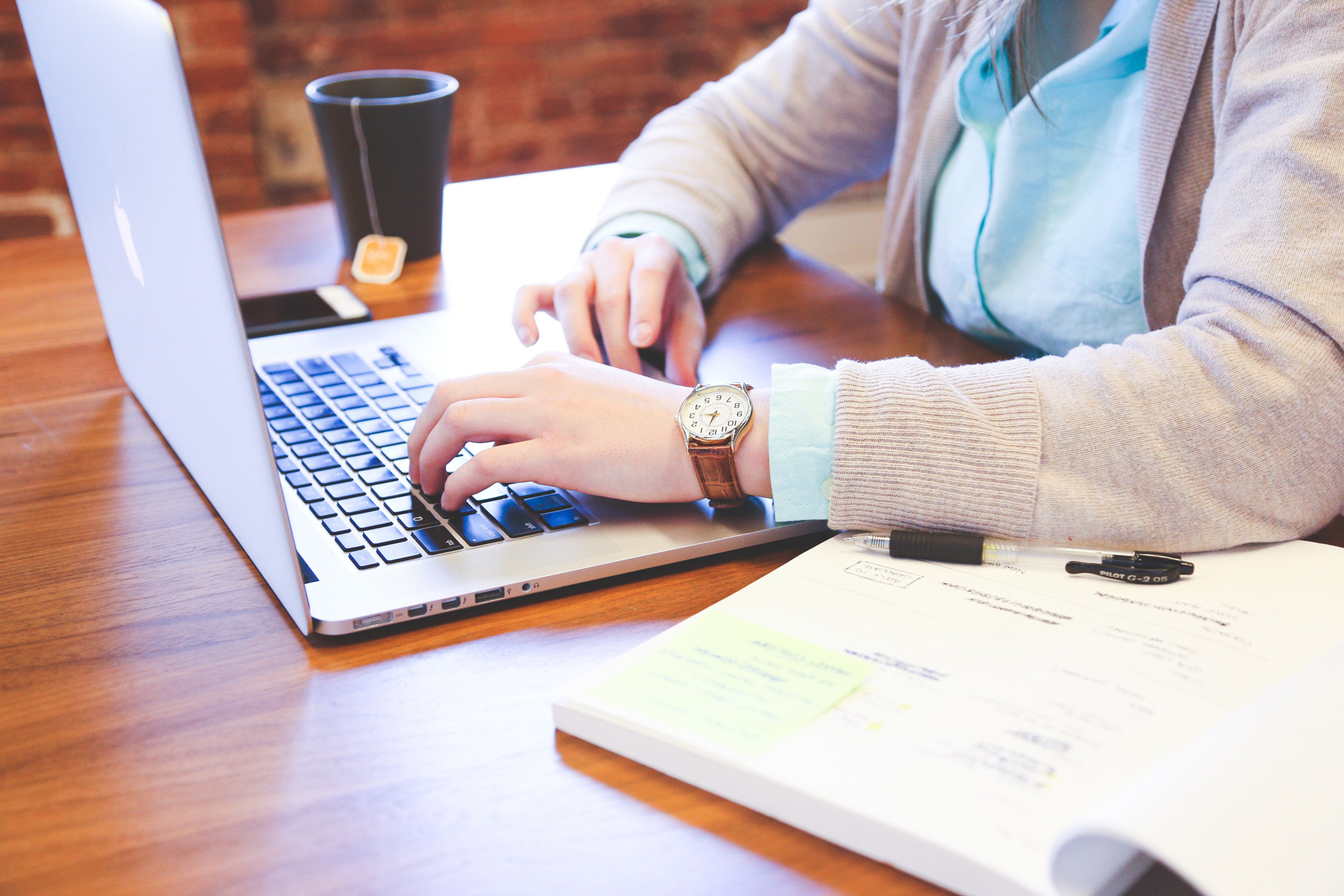 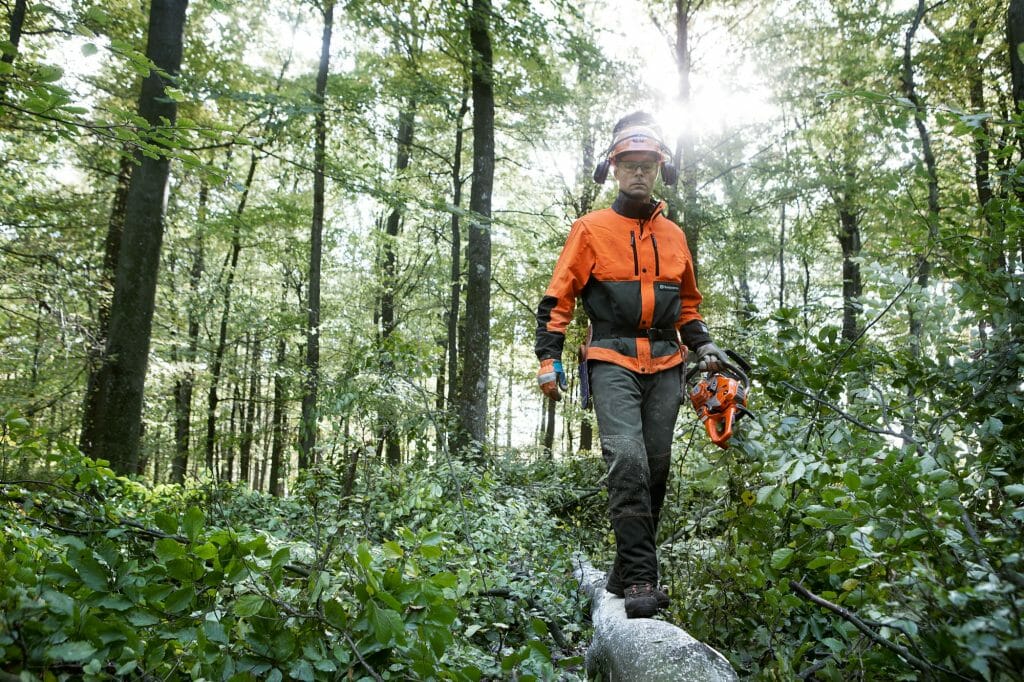 Walan Miya has sharpened its skills to assist students in a Chainsaw Operations Skill Set course.

The two-day course is often run by Walan Miya across various areas of NSW and is regarded as a popular and rewarding course, run by qualified and professional trainers.

Trainer Maison Acton encouraged people to join the worthwhile course and learn the benefits and safety of working with a chainsaw.

“This Chainsaw Skill Set is suitable for anyone engaged in chainsaw use including landscapers, tree contracting, personal use, council workers, parks management, and so on,” he said.

“Our focus is practical and hands-on chainsaw skills and knowledge, with training conducted in the field.

“Training is flexible and groups are kept small to ensure we allow for individual needs.

“Upon successful completion of this training, you will receive a nationally recognised statement of attainment in maintain chainsaws and the trimming and cutting of felled trees.” 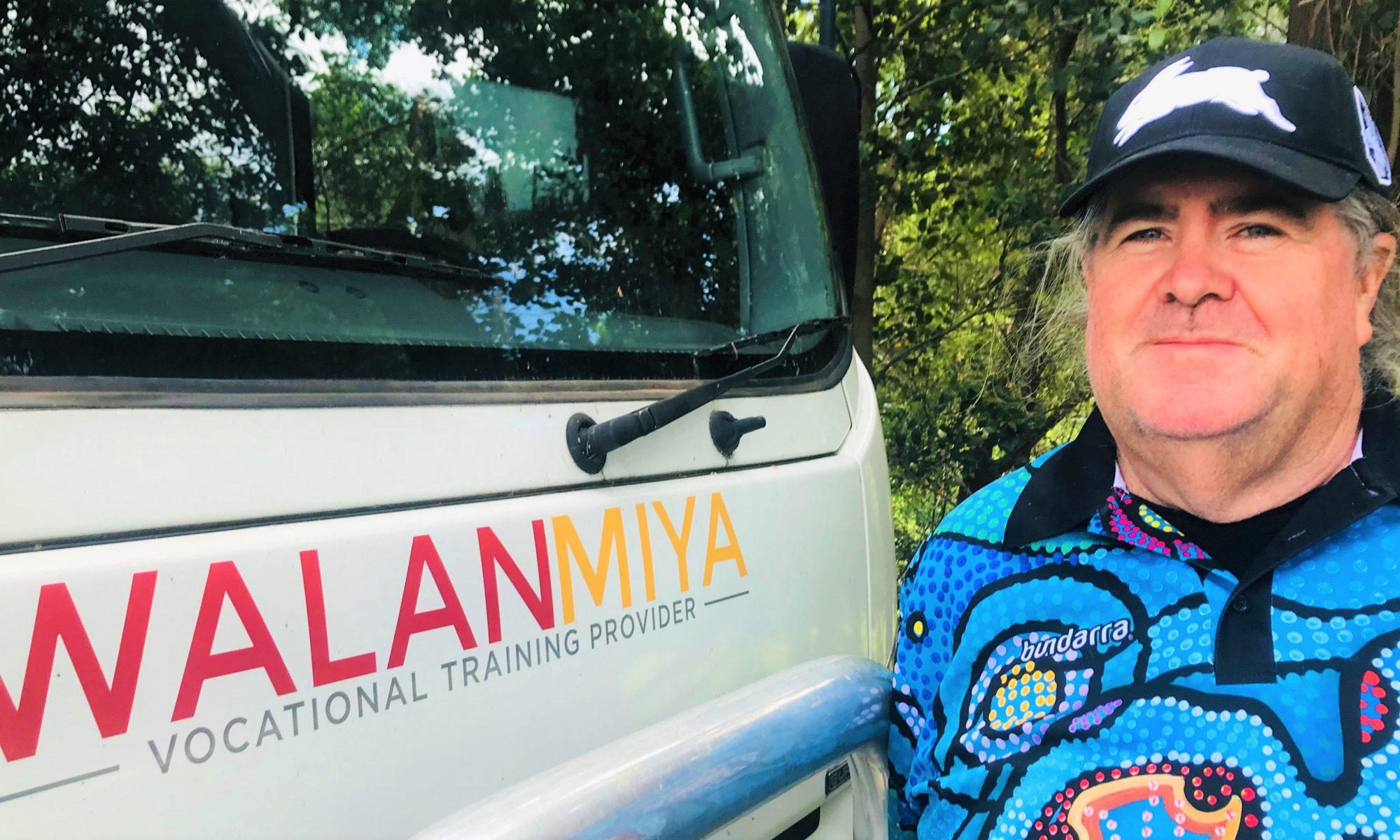 At a young age, Russell Abbott’s bedroom wall consisted of football clippings and posters of plants and animals found in national parks.

That’s when his fascination and devotion to sports’ and the Indigenous community began.

Now 51, Russell (aka Rusty) is a huge fan of the South Sydney rugby league club and its abundance of Indigenous players over the decades.

He also loves learning how the Indigenous have adopted a knowledge to ‘live off the land’ through the hundreds of plant species available in bushlands.

Despite not being Indigenous, Russell says he’s always been drawn to the culture.

“My parents are English. They came from Middlesbrough to Australia,” he said.

“I loved watching the television show Skippy as a kid. But I was more interested in the bush and seeing the Aboriginal corroborees’ in some episodes.

Recently, Rusty was the lead trainer in a Certificate III course in Land Management at Dharawel (Illawarra region) – an area known for its links to the Aboriginal community.

“This was a dream role for me. I had seven Indigenous students in the class and we all got on from the first minute. It worked really well,” he said.

“Some of the students had cousins and relatives of Rabbitohs (South Sydney) players too.”

While having an affiliation with soccer and other sports, Rusty thanks his happy childhood and beyond for his passion for the Rabbitohs.

“I was drawn to Redfern Oval as a kid, despite living on the other side of the city. The Indigenous players are amazing. I love their athleticism.” 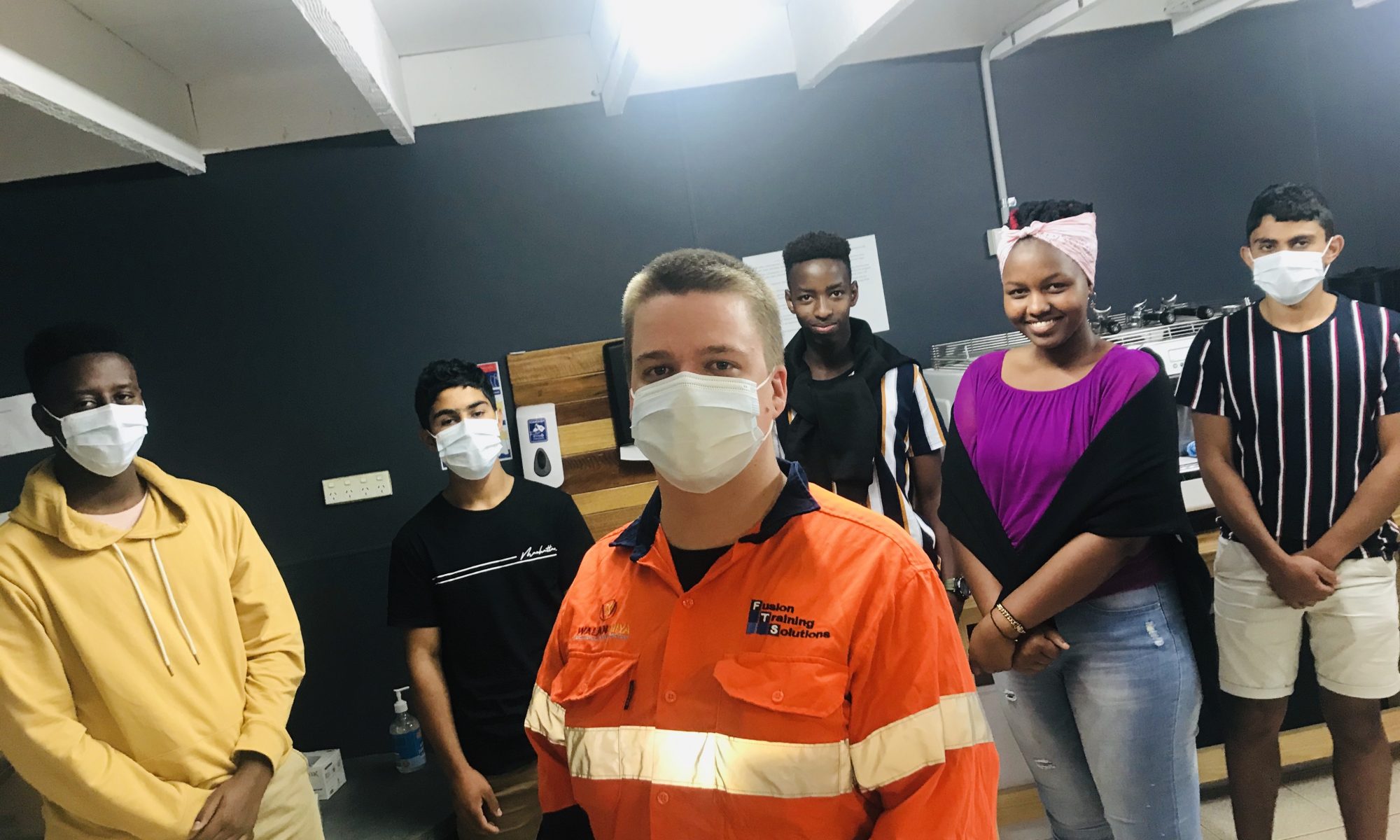 As a facemask becomes an everyday item and sanitiser a stapled security, Walan Miya and Fusion Training Solutions are doing their bit through a course called Infection Control.

The one-day course has become popular among businesses and job seekers, according to trainer Tom Overland

“This course is important due to the current circumstance with Covid-19” he said.

“We teach how to sanitise surfaces and other methods. It’s been particularly pleasing to see the number of young people undertaking the course.”

Simply, to limit the spread of COVID-19 and assist the economy to recover as rapidly as possible, the NSW and Commonwealth Governments have committed a combined $25.5 million to fund fee-free nationally accredited infection prevention and control training.

The training will provide workers with the skills they need to follow organisational infection prevention and control policies and procedures, including implementing precautions and responding to infection risks in the workplace.

And Walan Miya combined with Fusion Training Solutions are doing their best to roll out the course for business owners and employees to better respond to COVID-19 risks in the workplace and reduce transmission risk. It will also support customer confidence to re-engage with businesses. 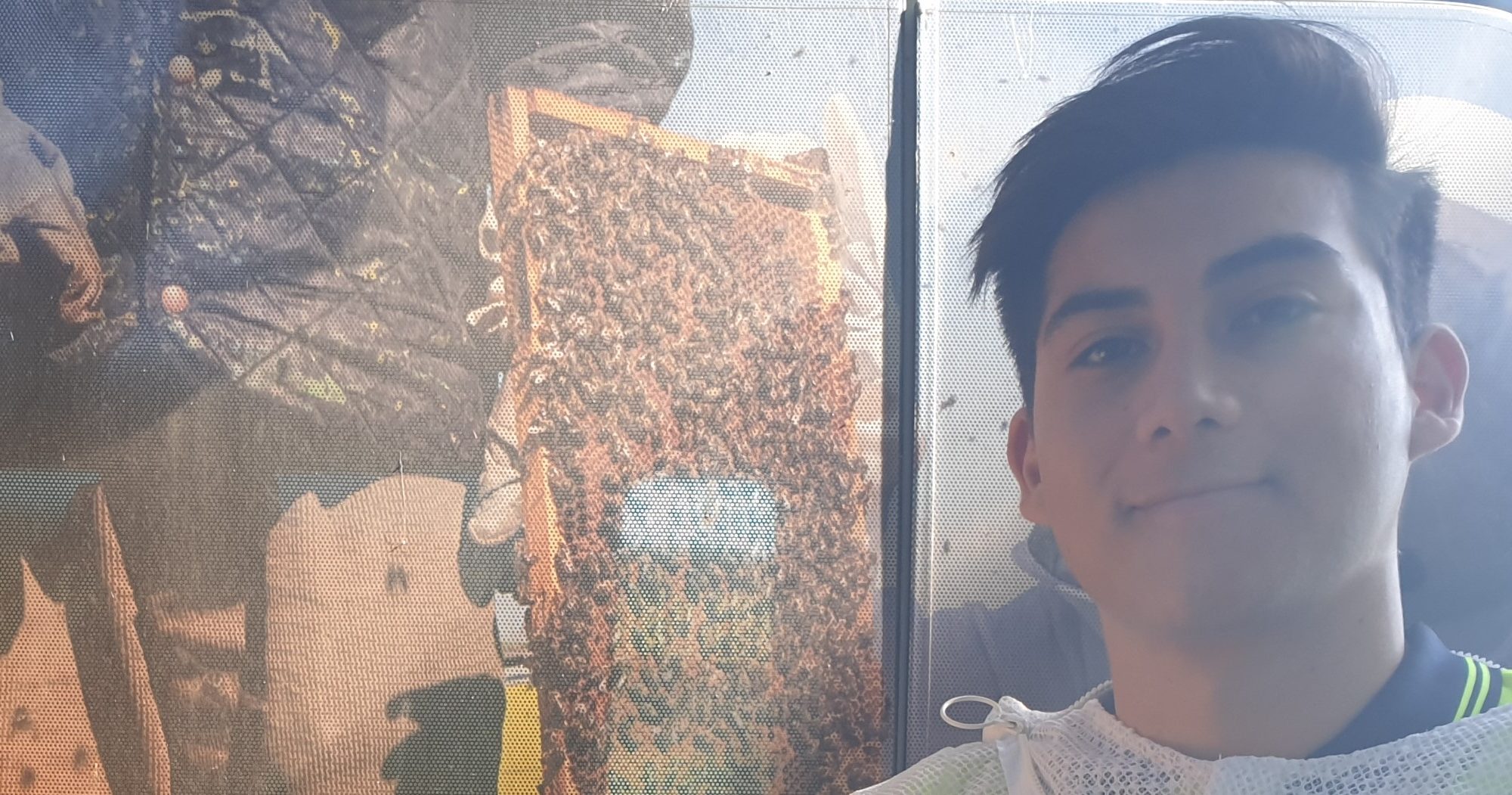 After 30 years of living in Chile, passionate beekeeper James Templeman has spread his wings and returned to Australia.
Backed by a love for beekeeping, James and his 17-year-old son (also named James) have been undertaking a Certificate III in Beekeeping through Walan Miya.
Now 40, James senior is keen to pursue his dream of setting up a bee farm on the South Coast under the guidance of a trainer and former National Rugby League star Harvey Howard.
“My attraction to bees and their importance to me is very strong,” James said.
“I was a commercial beekeeper in Chile. I left behind many boxes, but I’m grateful to be in Australia and to pursue my knowledge of beekeeping.”
Born in Australia in 1980 to a British father and Chilean mother, James moved to South America when he was 10. But his heart always remained in Australia.
“I’m grateful for my son and I to have this wonderful opportunity to continue our passion for beekeeping through Walan Miya,” he said.
“I have two hives at home already, which I’m excited about. Once I complete this course I would like to continue with beekeeping, along with a good reputation in beekeeping.”
The Certificate III course in Bee Keeping consists of the establishment of beehives and apiaries, the transport of live hives, and the management of bees for honey production and/or provision of pollination services. 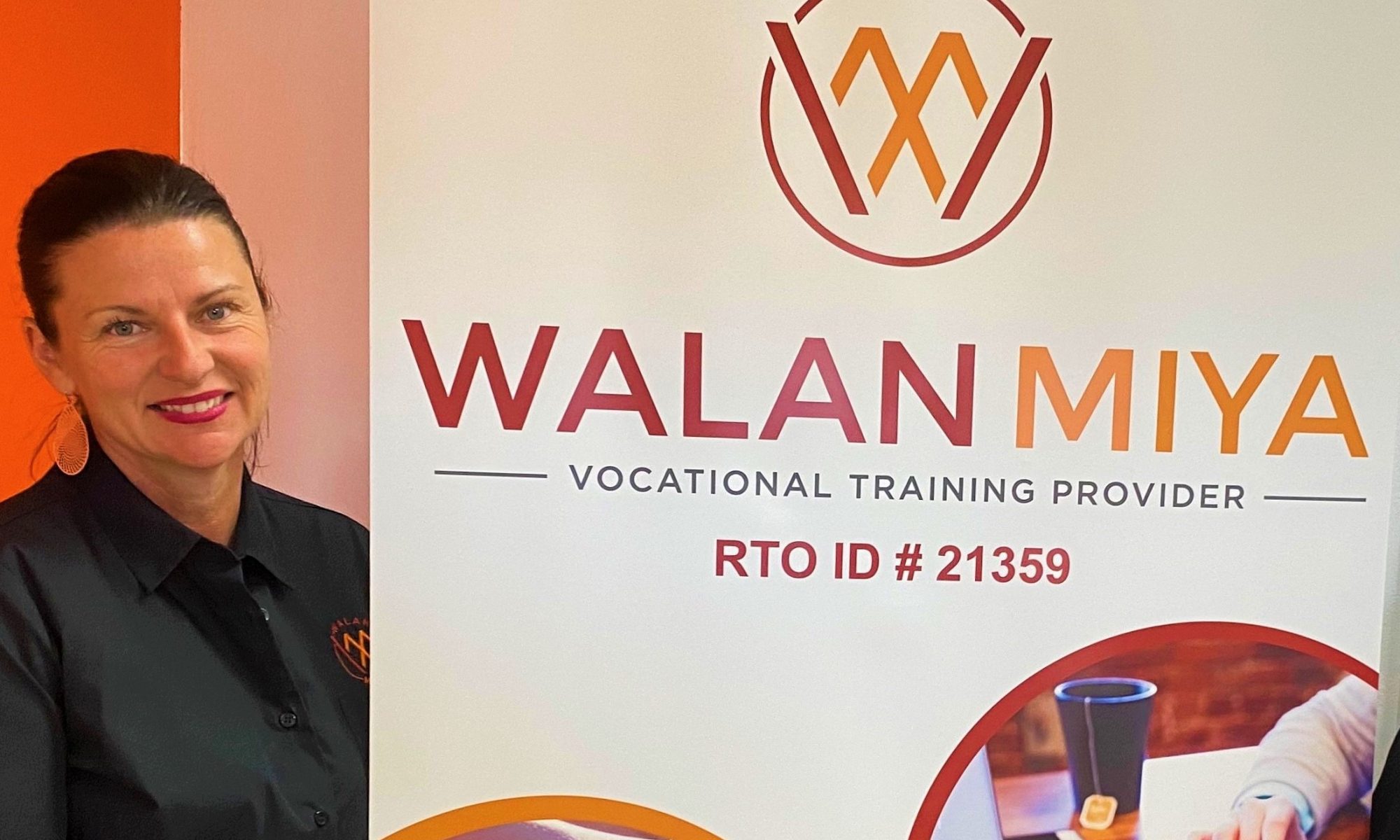 Walan Miya is a respected vocational training organisation that has become an educational breeding
ground for school leavers, the unemployed, and people looking to upskill and learn a trade.
The organisation was founded by Lucas Scarpin and Kylee Cowgill a year ago with a focus on creating
employment opportunities for people in the Bega Valley.
“Our long-term vision is to play a real part in creating sustainable economic and social opportunities
for communities in the valley, through our focus on hands on training and employment.
“Our work is underpinned by the value we place on building strong business and community
relationships with both indigenous and non-indigenous clients, individuals and groups. There is
strength in working together.”
Walan Miya is based in Merimbula on the NSW South Coast, with a second office in Wollongong, and
deliver its courses across the entire state.
The organisation, which is accredited with the Australian Skills Quality Authority (ASQA), has
attracted 21 courses from the State Government’s prominent Smart & Skilled program, with subjects
covering local government, construction, conservation, agriculture and land management.
Despite the devastating summer bushfires and the COVID-19 pandemic, Walan Miya has continued
to successfully deliver its courses on-site and via video link for hundreds of students.
The organisation delivers traineeships, short courses, full qualifications, funded and negotiated fee for-service training. Its courses provide industry-recognised, vocational qualifications often subsided
by the NSW Smart and Skilled.
“We put together training that’s flexible and suits your needs,” Lucas said. “We do the work to
understand skill gaps and objectives so that you can achieve the results you’re looking for. “We
often deliver this training in your workplace, reducing travel costs and time for staff to be out of the
workplace.
“And you’ll get better results when you follow a training and development path that’s right for you.”
Meantime, Walan Miya is currently looking for technically skilled trainers that have undertaken a
Training and Assessment qualification or are keen to do so. If you have these skills or would like to
work in this type of field in your local community, please give Kylee a call on the number below.
For more information go to www.walanmiya.com.au, email info@walanmiya.com.au or phone 1300
643 484. Lucas Scarpin: 0457 710982

Walan Miya chainsaw students have assisted a family on the Far South Coast whose 1300-acre property was ravaged by devastating bushfires last summer.

Course trainer Mick Mather said Walan Miya was privileged to gain access to the site and provide meaningful training while assisting the family.

“We were happy to support a family in need and help with fire reduction,” he said.

“Our students carried out safe methods of chain sawing, with the timber to be used for posts and firewood.

“The site itself was overwhelming and baron. It was pleasing to see birds slowly returning.”

The Bemboka property is home to Karen and Rowan Alcock – a family owned property for 120 years.

The Chainsaw Skill Set course is suitable for those engaged in chainsaw use including landscapers, tree contracting, personal use, council workers and parks management.

Backed by a wealth of skill and knowledge, Walan Miya trainers’ Mick Mather and Maison Acton have assisted those recovering from bushfires on the Far South Coast.

The hard-working duo recently spent two days at the Cobargo Sports Ground, working alongside professionals and providing advice and aid to bushfire affected residents as part of an event called BlazeAid.

BlazeAid is a volunteer-based organisation that works with families and individuals in rural Australia after natural disasters such as fires and floods. Working alongside the rural families, volunteers help to rebuild fences and other structures that have been damaged or destroyed.

Fusion trainer Mick said the event was both enlightening and rewarding.

“We were able to assist these families and help with cutting felled-trees as part of the clean-up,” he said.